Continuing on from the last post of Creative Games here is part 2 of City Building Games where I will be telling you why Cities Skylines is my absolute favourite city building game in the world. Don’t get me wrong, SimCity is very good but in my opinion Cities Skylines takes it one step further.

According to Steam “Cities: Skylines is a modern take on the classic city simulation. The game introduces new game play elements to realize the thrill and hardships of creating and maintaining a real city whilst expanding on some well-established tropes of the city building experience.” 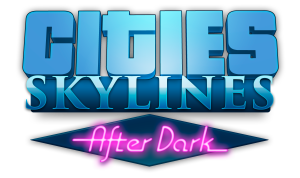 The game was released on the 10th of March 2015 so it is just over one year old and it already has two expansion packs: After Dark and Snowfall adding Day/Night cycle and Weather to the game play which add more realism and more challenges to your city planning.

The game also comes with an asset and a map editor where you can create your own intersections, parks, and maps amongst other things to add your personal touch to your city. You can also share your creations on the Steam Workshop and getting the mods from the workshop into your in your game is actually really easy as well as providing automatic updates. Updating mods manually can be quite tedious.

Well, I will let you decide that but in my opinion, yes it is, especially compared to SimCity 2013.

Watch this video that compared the two back in April 2015 made by AsilksWorld, he also has let’s plays of both games. 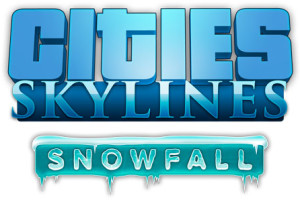 So why do I think it is better than SimCity 2013? I love that you can build your own parks and that your cities can (with and without a simple mod) be bigger than in SimCity, where if you needed more space you had to start a new city, and building roads is just so much fun.

What I really love is that when they made Snowfall they found inspiration for new features in some of the most popular mods on the Workshop and worked with the modders to make the transition for the expansion as smooth as possible.

I also love watching YouTubers play this game just as much as I love playing it and I have really learned a lot from watching these series:

This series is also a really great example of how creative you can get with your city building, which I love. There are no limits to what you can do if you are willing to add a few mods and assets to expand your game.

SkyeStorme has several Playlists including about the map and asset builder here.

Do you play SimCity or Cities Skylines or both? Let me know in the comments down below what you think.

If you have a game you think I might like to include in the Creative Games series for PC or tablet, tell me the name in the comments or tweet me the link and I will take a look.